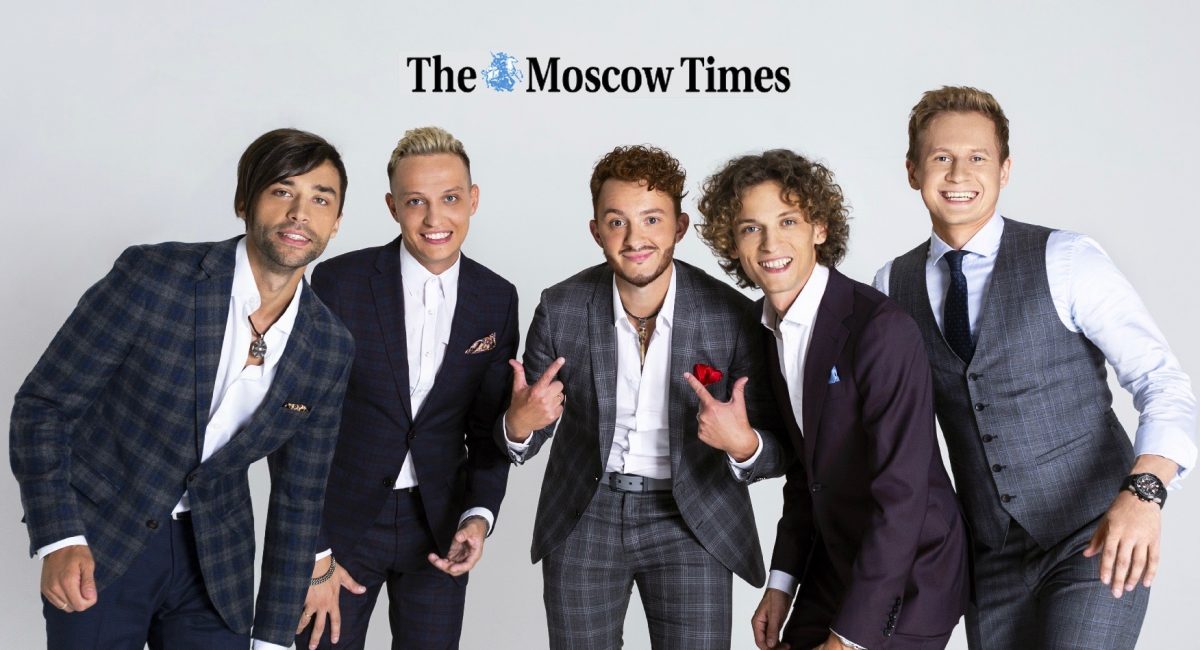 Apologies if you expected this article to be about the American fast food chain. While you might have a while to wait before their burgers arrive in Moscow, for the long weekend you can enjoy a series of concerts by the Moscow-based group Pyatero, whose name means “a group of five” in Russian, as part of the festivities for this year’s Unity Day.

Voices and only voices

Pyatero, true to its name, is a group of five young vocalists. The group is best known for its work in a cappella, a genre in which performers sing without instrumental accompaniment, often imitating the sounds of instruments with their voices. A cappella is relatively new to Russia, only appearing in the early 1980s and early 1990s. Vlad Albanov, a tenor in Pyatero, explained that at the time Russia was “a closed country. We had a cappella, but it was basically choral music.”

Choral music does have a long history in the country’s religious traditions. One of the first a cappella groups to pop up was the Turetsky Choir, which combines Russian and Jewish traditions with American barbershop music, where modern a cappella traces its origins.

The genre is still building an audience and winning over minds — and ears — in Russia, where, according to Albanov, “you have to explain what it is.” Even then it can be hard to sell the music. Pavel Kiselyov, a baritone in Pyatero, said a lot of people “don’t understand why you can’t just use instruments, or don’t believe that they are only hearing voices.” This has not fazed Pyatero, and Albanov mused that “maybe we’ll live long enough so that everyone in Russia will know what a cappella is.”

Not your typical boy band

When you first see Pyatero, especially in their promotional materials where they tend to wear a little more make-up than is generally acceptable, they might strike you as a latter-day incarnation of the boy bands of the late 1990s. But they take their music seriously. The group was formed while all the singers were getting classical training at the Academy of Choral Art. They regularly participate in a cappella competitions internationally and consider themselves among the foremost groups in the genre. “We’ve spent a lot of time perfecting a cappella,” Albanov explained, adding that “there are only a few groups who understand what a capella is about.”

Pyatero tries to stay at the cutting edge. Anton Ivanov, a tenor in the group, recalled going to an a cappella concert in 2004 and being “amazed at how they could make those sounds.” When he went to the same group’s concert 12 years later, he was disappointed that they were doing the same thing, even though the genre had undergone “a lot of progress and changes in techniques.” Today, in some cases, the group uses electronics to “modernize the sound and create sound effects,” Albanov explained.

It is not just the techniques that the group has to keep fresh, but the content as well. Pyatero writes their own arrangements, which often take liberties with the source materials. They take traditional Russian and foreign songs off the rails, sometimes even into contemporary pop territory. To their arrangement of the famous Russian folk song “Kalinka,” they added melodies from Michael Jackson, John Newman, and Bruno Mars. Their additions are not subtle. But Russians, who hold their cultural canon sacred, are not at all offended at the addition of Bruno Mars to one of their best-known songs. “When they hear something new among the familiar, they react very positively,” said Anton.

This weekend’s concerts, which will be played with instrumental accompaniment, will focus mostly on traditional Russian songs, but with Pyatero’s trademark twist. They will all be on outside stages in Butovo, Novokosino, and VDNKh. “We will play our own songs, patriotic songs, songs from WWII, as well as pop songs,” Ivanov said, and he promised that they would be “loud, Russian, and with soul.”

The free outdoor concerts will be held Nov. 3 — 5. See the group’s site for details.